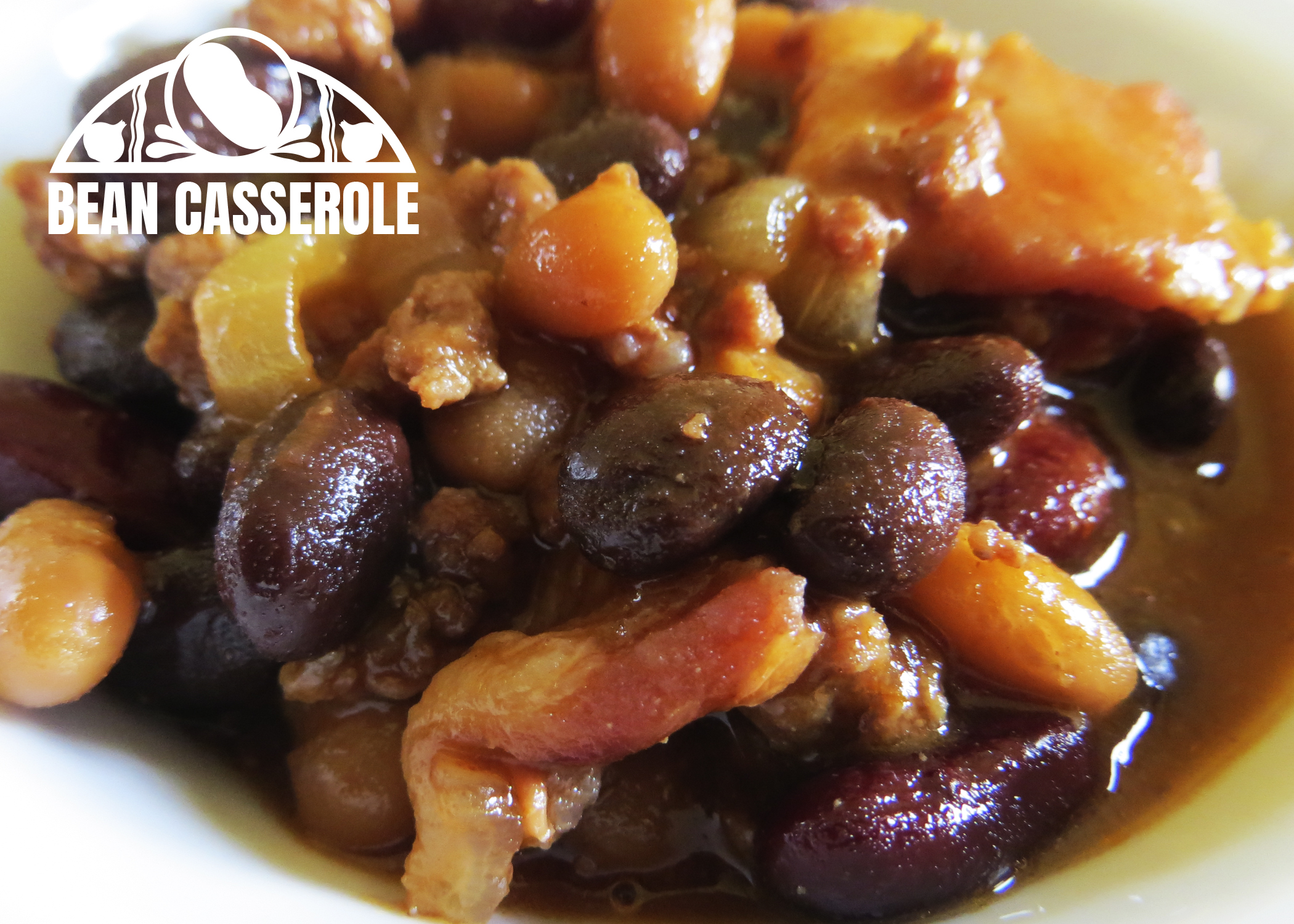 Sides to go with a meal are always important be it fruit, vegetable, rice or other types. So it was time to find something new that would be a delicious side but not similar to anything I already fix. Through searching, the new recipe that I found and was 100% delicious was a Bean Casserole. It is similar to a side of Baked Beans but more homemade so maybe a little bit healthier. The Bean Casserole consists of three beans: Black Beans, Red Kidney Beans and Pork & Beans while also having a little meat in Bacon and Ground Beef. The ratio of meat to bean is 1/2 lb of meat to 3 lbs of beans so it is really a bean side with a small hint of meat. To complete the side there is some Onion and a sauce you make up then to the oven it goes for baking. All the ingredients combine to make a savory bean side dish to go with any meal so definitely worth a try.

Bean Casserole is a simple title to work with so the focus was more of a good graphic to go with it. So the answer I came up with was a ingredient motif that incorporates a few ingredients from the recipe. The main important ingredient is the beans so that became the central focus for the graphic with a silhouette of a Bean. The other ingredients that were incorporate were Bacon, Onion and sauce. I left out Ground Beef since as a silhouette there was a chance it wouldn’t be recognized since it doesn’t have a distinguishing shape. So the graphic became a half oval with the Bean in the center with splashes of a liquid representing the sauce then a strip of Bacon and a whole Onion in the corner.