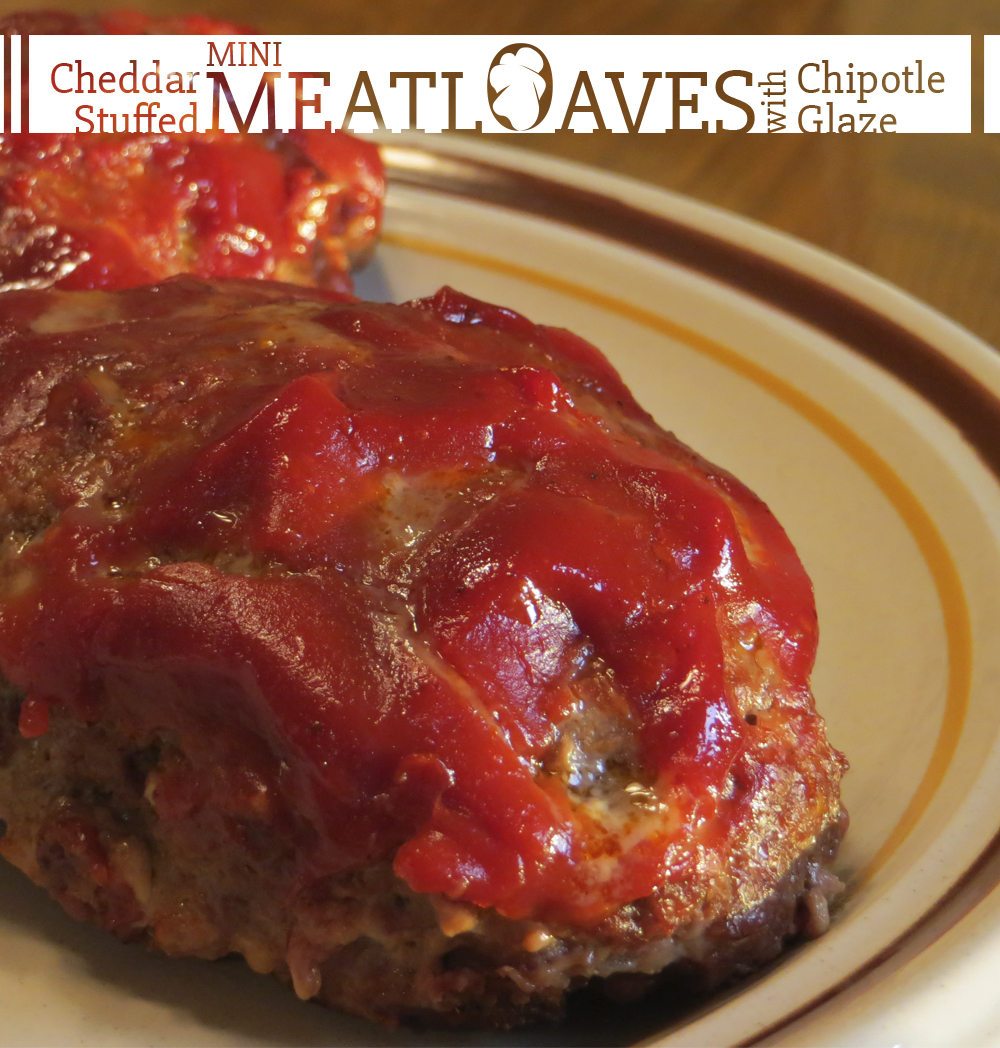 A classic ground beef entree is meatloaf which is common for most people to have had at least once in their life. I first had meatloaf when I was young but never really liked it or would have a taste for it. Meatloaf to me was always a big dry piece of ground beef that I needed ketchup to enjoy to a certain degree. Luckily, I found a recipe to change it up a bit to where now it is something I enjoy on a regular basis. Cheddar-Stuffed Mini Meatloaves with Chipotle Glaze is a great meatloaf recipe that changes up the usually meatloaf form to something quite tasty. Instead of one big meatloaf, the recipe has you create mini ones for individual serving then takes it one step further by adding cheddar cheese inside and a chipotle glaze on top. Chipotle is generally a spicy ingredient but the amount of the spice added here is so small that there is no spicy taste but if wanted can add more of the spice in the glaze when needed.

Cheddar-Stuffed Mini Meatloaves with Chipotle Glaze is a very yummy looking dish so step one was to get a photo showcasing just that. Placing a few mini meatloaves on one plate, I focused on one for the photo where you saw a good layer of glaze plus a small hint of cheese oozing out. Decided it was best to let the photo sell itself so did not do anything special to the photo in a photo editor.

The logo was a long one so went with a horizontal bar layout so that I could fit all the words and some space to work with. First step, the words needed a bit interesting placement than just from left to right so grouped them into three areas. The left area was for “cheddar-stuffed”, the middle for “mini meatloaves”, and the right for “with chipotle glaze”. The middle area was the most important so gave it a little personal touch so that it was a bit more eye catching. The word “mini” was smaller to reflect the word and to line up perfectly with the “M” in “meatloaves” by being the same width as the “M”. The other main point was the “O” in “meatloaves” where the “O” was removed and instead a mini meatloaf graphic was created and used.