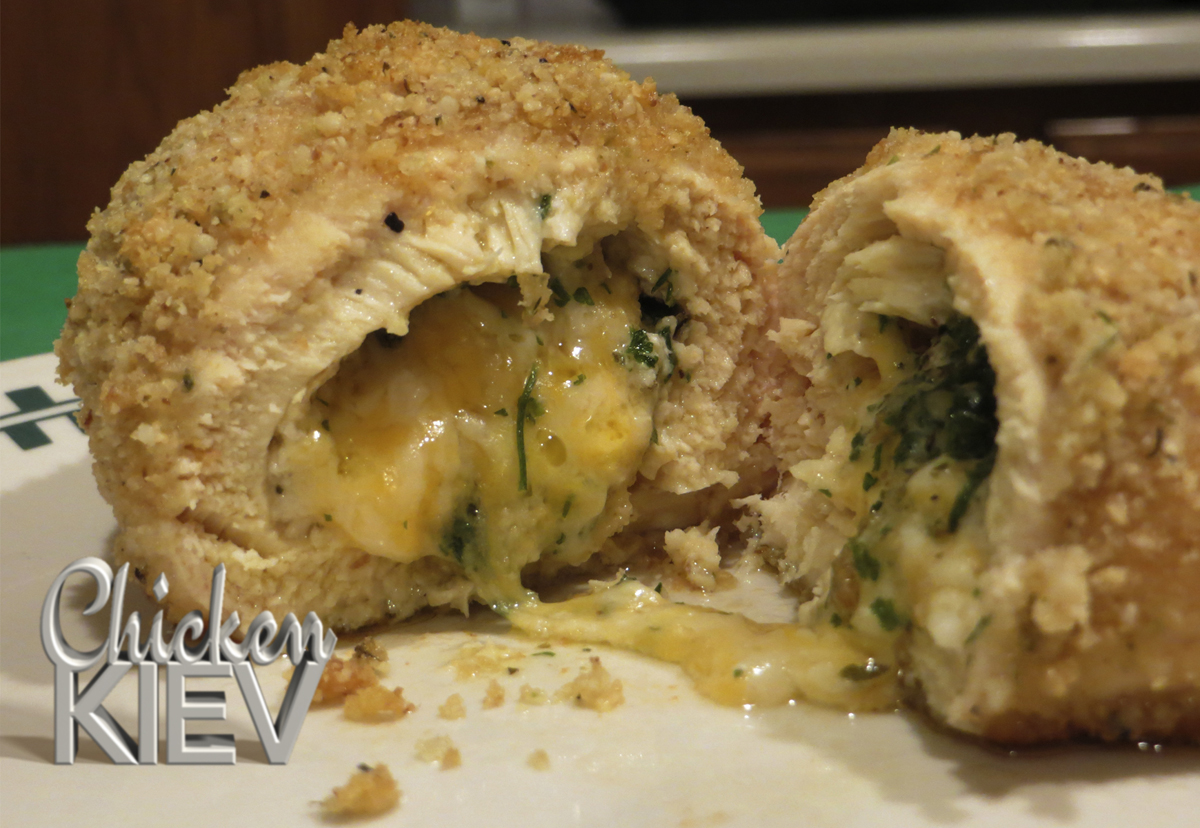 A delicious recipe I constantly enjoy is a stuffed chicken recipe, Chicken Kiev. Generally, Chicken Kiev is a herb and butter stuffed chicken but the recipe I love adds a bit more inside with the addition of cheddar cheese. It can be a bit difficult dish to make with the flattening of the chicken, stuffing the chicken, and then keeping it together to roll in breadcrumbs but it is a worthwhile dish since is mouthwatering yummy. An advantage of Chicken Kiev compared to other chicken recipes I learned is with the stuffed ingredients they help keep the chicken and dish as a whole moist so you always end up with a nice and tender entree to enjoy.

Chicken Kiev looks like most breaded chicken dishes on the outside so the important part is to focus on the one main difference, the ingredients stuffed within the chicken. So for photography, the first step is plating the dish with a nice cut down the middle of the chicken and then both parts at an angle you can see what is inside. Course, I had to make sure to do this when it just came out of the oven so that you can get some nice gooey cheese oozing out to show the dish looking delicious.

For the logo, the goal was to keep it simple since it was going to be used with a 3D effect. The best option that worked for the title Chicken Kiev was using a different font for each word and then doing a stacked look with it looking like the word “Chicken” is sitting on top of the word “Kiev”. Now for the hard part, creating a 3D effect is not the easiest but can give a good look when done right. The 3D effect I went for was if the text was sitting on the plate to name the dish. So the process became to give the text good shape and material so it looked like a white metal block of text placed on the plate. The next step was lighting and shadow for the text block to match what was in the photograph. The main part was the shadow since there were two light sources thus giving two shadows: a dark close shadow and a lighter shadow. So, I had to create two shadows that match how they were for the other items on the plate which meant matching directions of shadow, placement to the item, color, and how dark of a shadow.