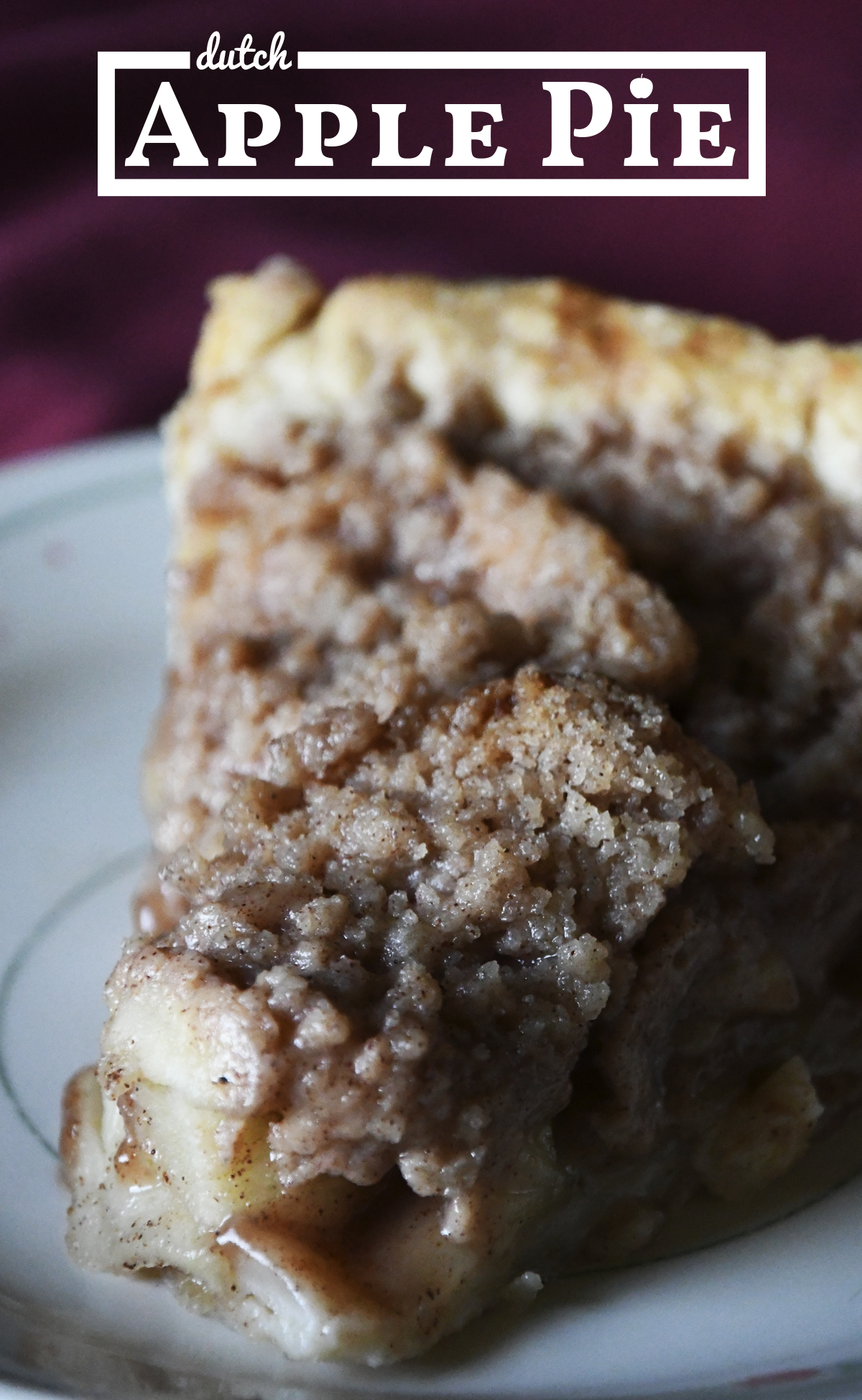 A timeless classic dessert of apple pie is something to always look forward to and enjoy with family. So, I decided to test myself by making a completely homemade Dutch Apple Pie for family, they prefer crumb topping over pastry top. Started with making a homemade pie crust which I have gotten somewhat use to since I have made a homemade crust two times before this. Then, I created the apple pie filling and crumb topping to finish it off so next to baking it went. The deliciousness of a slice of homemade Dutch Apple Pie is something everyone should try to enjoy be it making the effort to do it themselves or finding someone who is kind of enough to offer a slice.

Dutch Apple Pie was a title I felt was best divided in a logo with the main focus being “Apple Pie”. The other part of “Dutch” is more of a descriptive word to define what type of Apple Pie so still important but did not have to have as big of a presence in the logo. So with the focus on “Apple Pie”, the words were given a serif font while being centered and given a simple line border. The “I” in “Pie” was given an apple silhouette for the dot to give a little uniqueness to the lettering. Finally, “Dutch” was added in the border area with a lowercase handwritten look to give a little difference in lettering compared to “Apple Pie”.