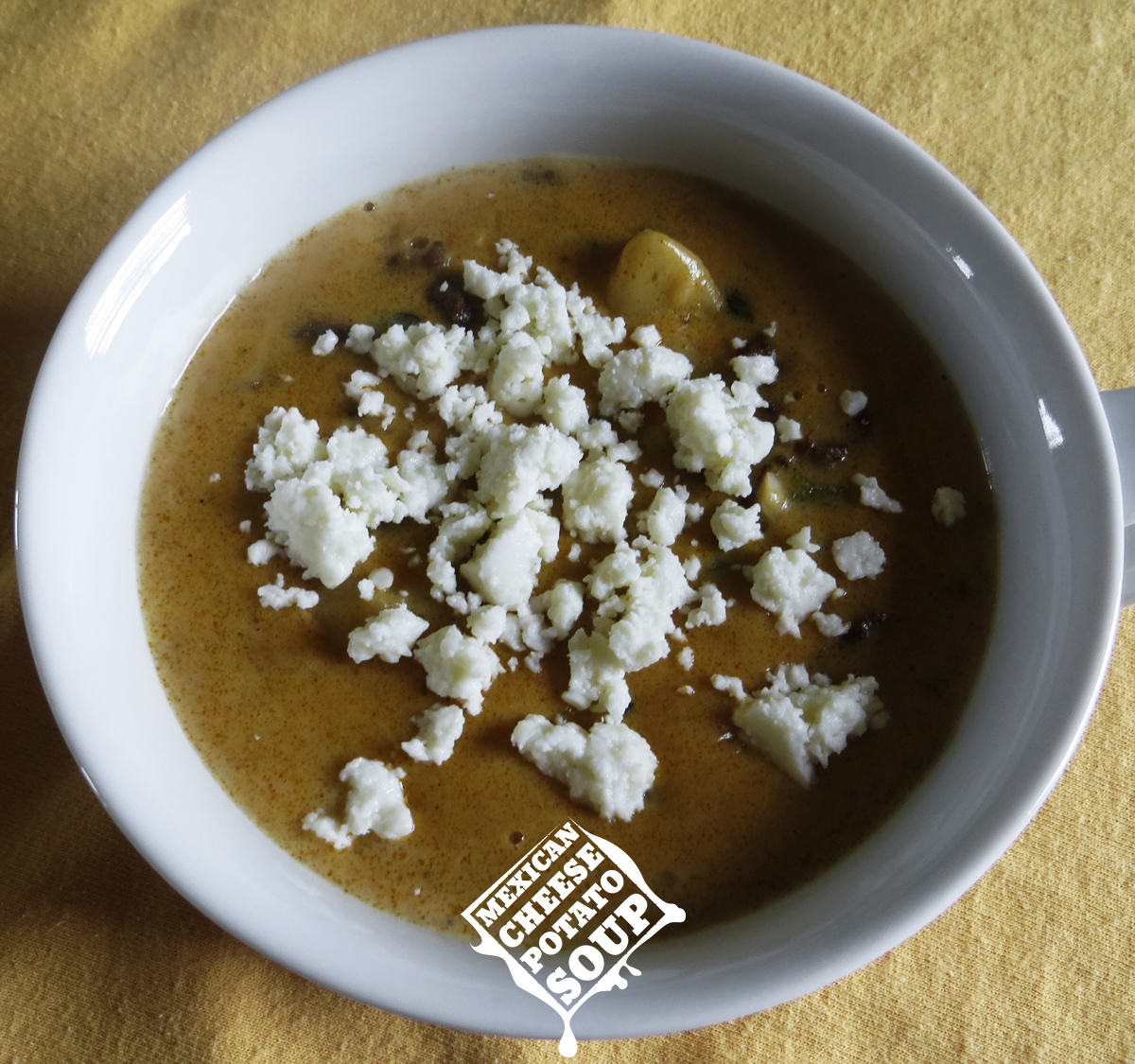 Ah Mexican, be it tacos, enchiladas, chimichangas, burritos, quesadilla or tostadas I always enjoy some Mexican food pretty much once a week. However, for a while I have been looking for something different than the usual Mexican dish so one day I found a great recipe in Mexican Cheese Potato Soup. It is a recipe that takes the common Cheese Potato Soup and turns it into a yummy Mexican flavor soup. The soup uses a number of ingredients for the Mexican flavor like Chorizo Pork Sausage, Poblano Chiles, Chili Powder, Cumin, Mexican Four Cheese Blend, and Queso Fresco Cheese. So if you always wanted Mexican in soup form for when it gets cold out Mexican Cheese Potato Soup is a great choice.

Mexican Cheese Potato Soup looks like most soups do when trying photograph however with the Queso Fresco Cheese added at the end it gives you something more to photo. The photo composition was an overhead view to keep it simple and focused on a single serving of the soup. With an overhead view, a good clear separation is created from the background (which is a yellow t-shirt) then the white bowl and last the soup.

For logo the focus was the imagery of a cracker in soup. The text is created in a square shape to go with the regular shape of crackers used for soup. The graphic surrounding the text has straight sides with the little bumps usually found on the edges of crackers on the inside while the outside of the graphic uses liquid outlines to give the impression the cracker is being dropped in soup.