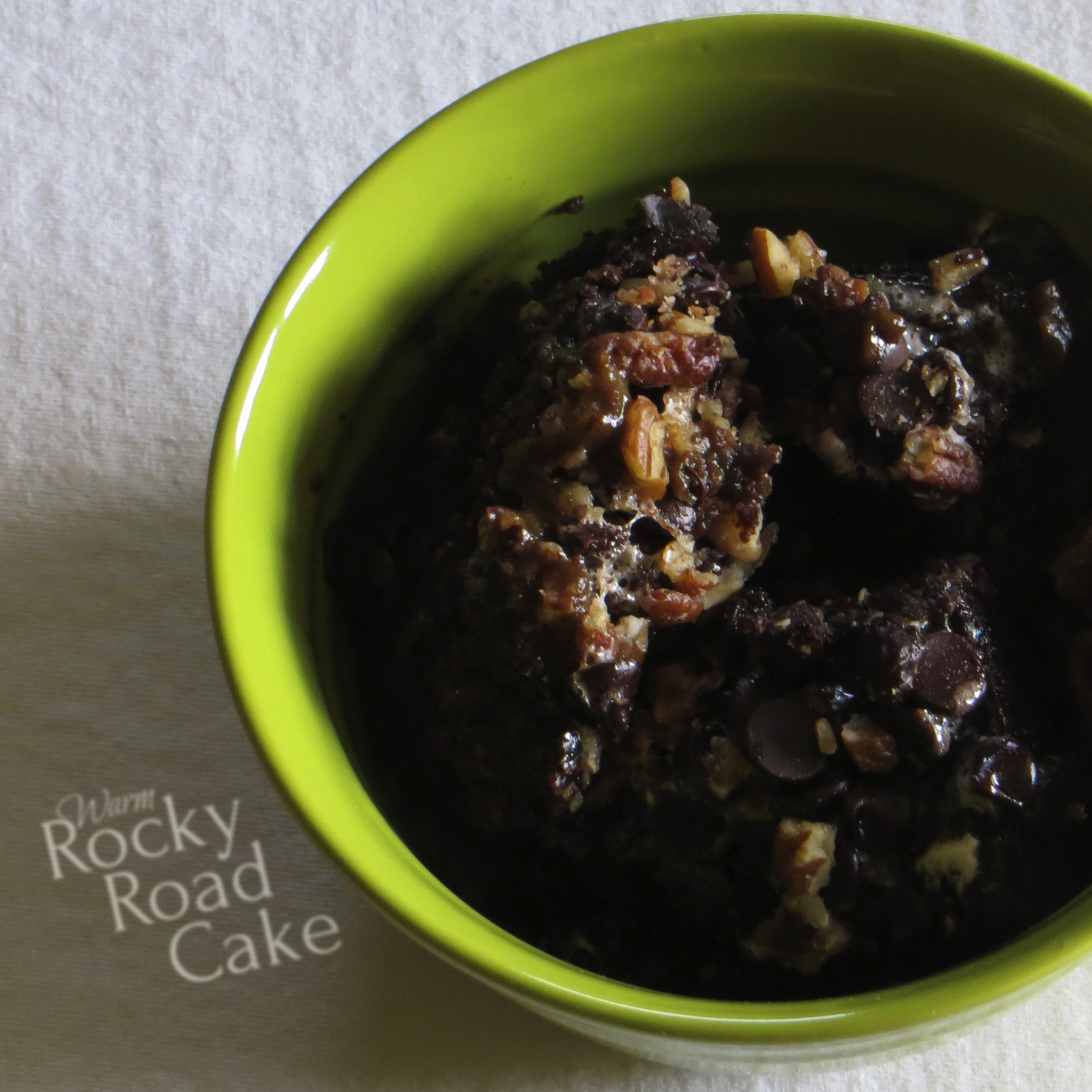 It was time for a new challenge with the focus on using a crock-pot. Warm Rocky Road Cake is baked in a crock-pot and can be kept warm when serving since can leave in the crock-pot on a warm setting so it does not cool down. The cake is on the big side so takes a 5qt or 6qt crock-pot to make it in but time wise it only takes 3-4 hours for baking. After baking, you top it with marshmallows, chocolate chips, and pecans so that they melt only a little then when it is time to serve having it with ice cream can be deliciously ideal.

Warm Rocky Road Cake is similar to lava cakes and hot fudge cakes so is more on the liquid side then a regular cake. So for plating, the dessert had to be in a bowl with the topping the focus on what you see. It was placed in a colorful green bowl so that the photo would have a bit more color since the dessert is mainly black and brown. A plain gray background was created with some texture by using one of my T-Shirts. Lighting was only one somewhat harsh source from the right since you get a pretty defined shadow and only the top part of the dessert has enough light.

The object with the Warm Rocky Road Cake logo was to keep it simple with only defining parts is font and placement. Since “Warm” was more of just a descriptive word where the rest was defining what the dessert is, that separation was used to define font difference and placement. “Rocky Road Cake” was given a serif font and placed in a kind of jagged diagonal order to emphasize the meaning of the word “Rocky”. While the “Warm” was given a handwriting style font and placed partly in the word “Rocky” between the “R” and “k” to help facilitate that the word “Warm” was describing an aspect of the dessert.